It takes tremendous amount of patience to get kids to eat the things you want them to eat. That’s one thing motherhood has taught me–you just have to keep trying. I have wanted Devansh to eat cheese and coriander for the longest time. Devansh has only started liking cheese for the past 6-7 months now. I had first tried giving it to him when he was around 10 or 11 months old. He wasn’t able to digest it properly then and he threw up. I didn’t give it to him for the next 5-6 months after that. Afterwards whenever I did, he never liked it. But these days he loves cheese, not by itself but when it’s added to something.

Same thing with coriander. I used to add chopped coriander in his kachumbers, and initially he used to eat it properly. Then one day some coriander got stuck to his palate and he threw up his kachumber. After that he started getting paranoid of chewing coriander. So, I stopped adding it in his food. But I really wanted him to eat coriander as it provides several health benefits. The most important for me is that it’s good for eyes. Kids these days are exposed so much to hand-held devices like iPad and mobile phones, which can strain their eyes. Including coriander in their daily diet can help keep vision disorders at bay to a large extent.

As I said, I had stopped adding coriander in Devansh’s food. But a couple of times Devansh took a bite of our food which had coriander in it, and ate it without making gagging sounds when he got coriander in his mouth. That made me realize that he can handle it now. So now that Devansh likes cheese and can eat coriander, I have started making coriander cheese parathas for him often. I make it for him as an evening snack at least twice a week. I usually ask my cook to make extra roti dough in the morning. With the dough ready, it doesn’t take me more than ten minutes max to make one or two parathas for Devansh in the evening. Although I too love cheese parathas, I avoid eating it as it’s too fattening. But children have high metabolism rate and Devansh doesn’t sit still for two minutes so he burns off all those calories. On some days when I am tempted to eat it, I use less cheese and more coriander in the stuffing of my paratha. Hope you all like this simple and healthy coriander cheese paratha recipe. 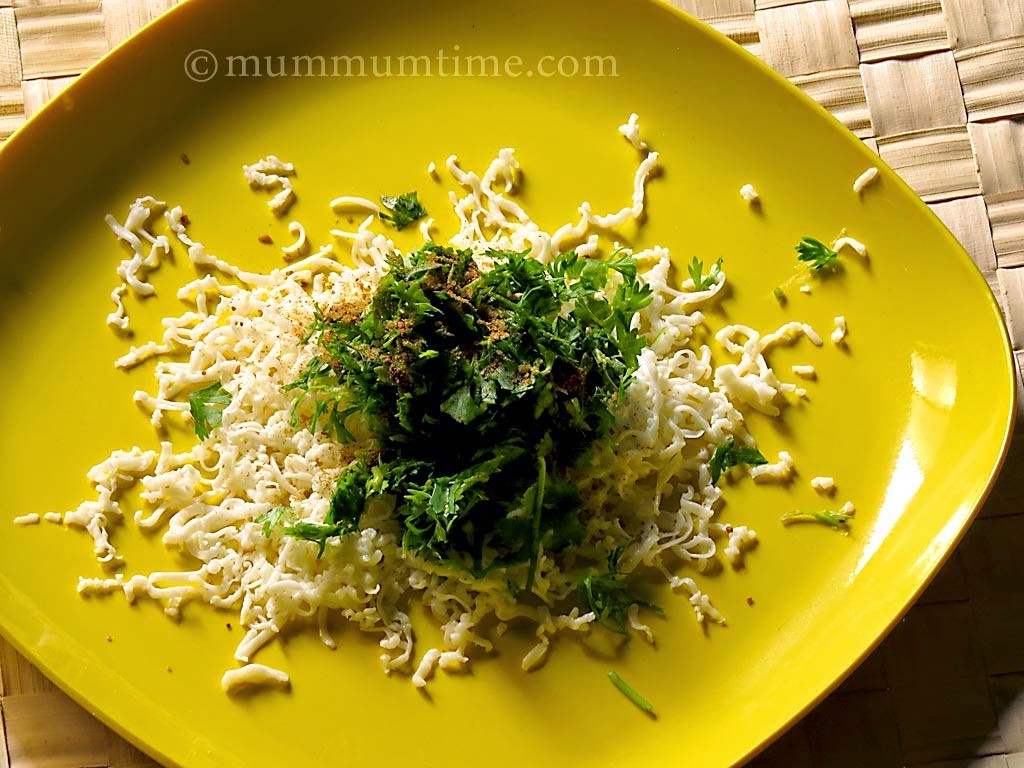 If you are looking for healthy snacks or lunch box ideas for toddlers or kids, try this recipe of paratha stuffed with coriander and cheese.
Author Mukta Tikekar

Ingredient measure is for one large paratha.